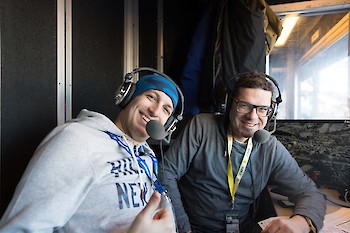 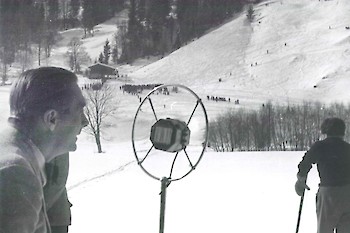 The Hahnenkamm Races are held in the highest esteem in the world of winter sports, their acclaim ranking easily alongside that of other major sporting events including Wimbledon or Monaco. The Streif racecourse is spectacular, while the Ganslern is one of the world’s most challenging slalom slopes. The races at Mount Hahnenkamm are a seasonal highlight in the World Cup year. The races in Kitzbühel are followed not only by a huge number of spectators on site and people glued to their TV screens, radio also plays an important role.

Radio broadcasts have provided thrilling coverage since the 1930s, as commentators conjure pictures of the races into the heads of their listeners. In this episode, we take a peek behind the scenes with Eurovision and observe radio hosts and officials report on the passion inspired by this winter highlight. Radio broadcasts are emotive.

An audio service is available alongside TV broadcasts of the Hahnenkamm Races.