“Energy on snow,” a visualisation of the Hahnenkamm Races 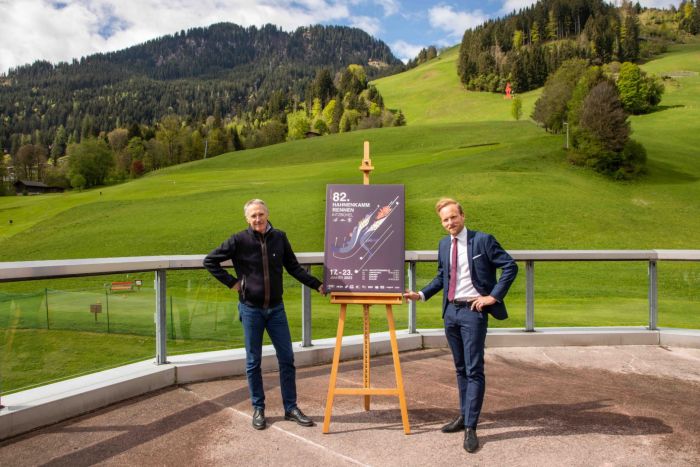 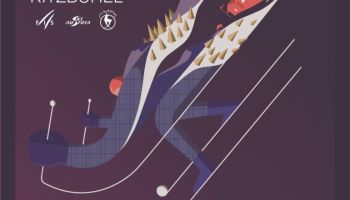 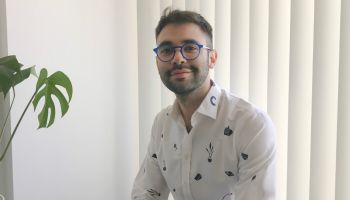 In autumn 2020, Kitzbühel Ski Club (K.S.C.) together with the Bank für Tyrol and Vorarlberg (BTV) announced their traditional poster competition for the 82nd Hahnenkamm Races in 2022. This has now been won by Argentinian artist, Agustin Gagliano, whose design, according to the jury, best succeeded in visually capturing the spirit of the sporting event. His poster was unveiled on 17th May on the rooftop terrace of Streif Finish House and is expected to be available for purchase in autumn 2021, to benefit KSC’s up-and-coming young ski talent.

No less than 646 designs were submitted by 404 artists to the jury of this international competition. The jury members - all representatives of K.S.C. and BTV - ultimately decided on the “Energy on Snow” design, by Argentinian architect, Agustin Gagliano.

The 29-year-old winner captured the spirit of the competition with his submission in the form of a skier: “I integrated an element of the town with the Hahnenkamm mountain landscape to encapsulate the strong identity of the event, from its first to last day. In doing so, the ski racer brings movement to the landscape with his dynamic stance."

BTV representative Peter Kofler, Business Manager for Private Clients in Germany and Kitzbühel, commented: "It is truly amazing how much creativity participation in this competition has generated every year since 1990.  Art and culture have high priority at BTV, so we are delighted to partner K.S.C. in selecting the poster."

Michael Huber, Head of the Hahnenkamm-Race Organizing Committee is pleased to have the support of the BTV: “Alone, I would not have the courage to leave familiar paths again and introduce new visual impressions. I am sure that this courage will be thanked, through the recognition and enjoyment of this very special poster for the race promotion in the coming months. I am grateful for the cooperation with the Bank für Tirol und Vorarlberg, with its focus on values of the future."

By hosting this collaborative competition, K.S.C. and BTV strive to increase the quality and variety of motifs for the posters, which are available for purchase every autumn from K.S.C. and BTV Kitzbühel. Net proceeds of the sales go to the benefit of KSC’s up-and-coming young ski talent.

Kitzbühel Ski Club (K.S.C.) is a non-profit organisation that has consistently pursued its goal of promoting winter sports, especially to the young, since its foundation in 1902. Around 9,000 members are proud to call the club their “ski home.” Its main task is to organise the annual Hahnenkamm Races on the Streif and Ganslern racecourses. Throughout the year, 150 to 160 young athletes between the ages of 6 and 16 train at K.S.C. facilities in the 7 Olympic winter sports disciplines of Alpine skiing, cross-country skiing, ski jumping, Nordic combined, biathlon, freeskiing and snowboarding.  Since 1952, K.S.C. athletes have won no less than 56 medals at Winter Olympics and World Championships.

The Bank für Tirol und Vorarlberg Corp. (BTV) is a financial services provider for export-oriented, owner-managed entrepreneurs and investors with a presence in Tyrol, Vorarlberg, Vienna, Bavaria, Baden-Württemberg and German-speaking Switzerland. Clients from northern Italy are also looked after by the Austrian offices. Around 850 employees take care of the banking business, together with Management Board members, Gerhard Burtscher, Mario Pabst and Dr. Markus Perschl. BTV, Oberbank and BKS Bank form the 3 Banken Group. Various holdings belong to the BTV Group, such as Silvretta Montafon Holding GmbH or Mayrhofner Bergbahnen AG. Founded in 1904, BTV developed from a regional bank to a cross-border company in Europe's most attractive economic area.

Agustin Gagliano was born in October 1992 and completed his studies (architecture and illustration) at the National University of Cordoba. In recent years, his illustrations have been published in books and magazines at the local university, as well as in independent digital magazines and have received awards from:
- NGO CSW63 Forum- United Nations-USA 2019
- Intern-American Development Bank-USA 2019
- Allianz Global Investors-Spain 2020
Agustin currently lives in Cordoba/Argentina.

We would like to thank all competitors for their effort and enthusiasm to take place in our competition and please try it again next fall!
THANK YOU