IT’S OFFICIAL: NO SPECTATORS AT HAHNENKAMM 2021 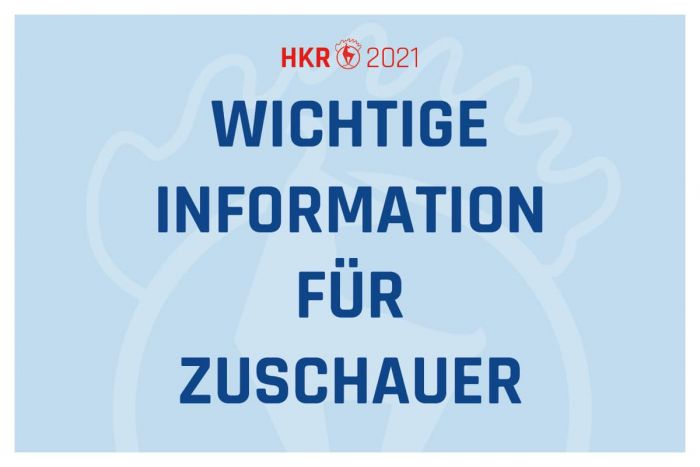 As disappointing as it may be for everyone involved, it has proven necessary to support the fight against the pandemic:  The 81st Hahnenkamm Races will take place without spectators.  There are no ticket sales!

It was a foregone conclusion at the turn of the year.  Health authorities extended the strict lockdown in Austria until January 24th, the last day of the Hahnenkamm Races.  This means that “Covid-19 Emergency Measures” remain in force and shops, hotels and restaurants are closed. “Protection of the general public comes first, there is no doubt about it,” HKR Chief, Michael Huber, has reiterated time and time again. “We at Kitzbühel Ski Club are humbled that we can host the Hahnenkamm Races in the first place during this extraordinary period – a time when people are only allowed to leave the house for certain essential reasons."

Participating teams have received confirmation that their involvement in the competition serves public interest and are thus allowed to travel to Kitzbühel, while hotels can open their rooms to those officially involved in the event.  All key members of the Race Organizing Committee, media representatives and participating teams are permitted to enter the event area upon presentation of an official accreditation.

Unfortunately, the many national and international fans, who have been regular guests at the Races in Kitzbühel for decades, will not be allowed to travel to the event venue.  They have no alternative but to stay in their home countries in accordance with the law and abide by the respective exit and travel restrictions.

All residents of the region are currently allowed - subject to further developments - to visit the town and the skiing area at Hahnenkamm, albeit in restricted numbers.  However, as Organizers, KSC must understandably ensure that there are no crowds alongside the racetrack, or at the start and finish areas.  Therefore, from early morning until the end of the official programme on all training and race days, the usual spectator areas to the left and right of the racecourses will be cordoned off from the mountain down to the valley, at a distance of approx. 100 to 200 metres.  This also includes the Familienstreif and Kampen public slopes.

All skiing fans, however, will be pleased to know that long-standing TV partner ORF is planning to broadcast the races in its usual top quality.  Enthusiasts can now join the many millions of TV viewers who have enjoyed spectacular images of the races over the years.

The Mayor of Kitzbühel Town, the competent event authority, has stressed urgently that all Covid-19-related bans and exit restrictions also apply during the Hahnenkamm Week and extensive official checks will be performed at key gathering points such as train stations, parks and the town centre.  It also goes without saying that there will be no fan zones in and around Kitzbühel in 2021.

“Let’s not complain about what cannot be, but instead be grateful for what is allowed to take place," is how OC Chief Michael Huber sums it up.  All in all, it will not be an easy exercise to protect the health of everyone involved.  This can only be achieved with discipline and the great experience of all those involved on the mountain to implement the necessary hygiene measures to protect against the virus. "The most important thing is that our stars, the athletes, as well as their trainers and supervisors get through the Kitzbühel week well and, above all, healthy," said the OC Chief.

May this exercise be a great success!