Jubilant crowds and an exclusive jacket for Beat Feuz 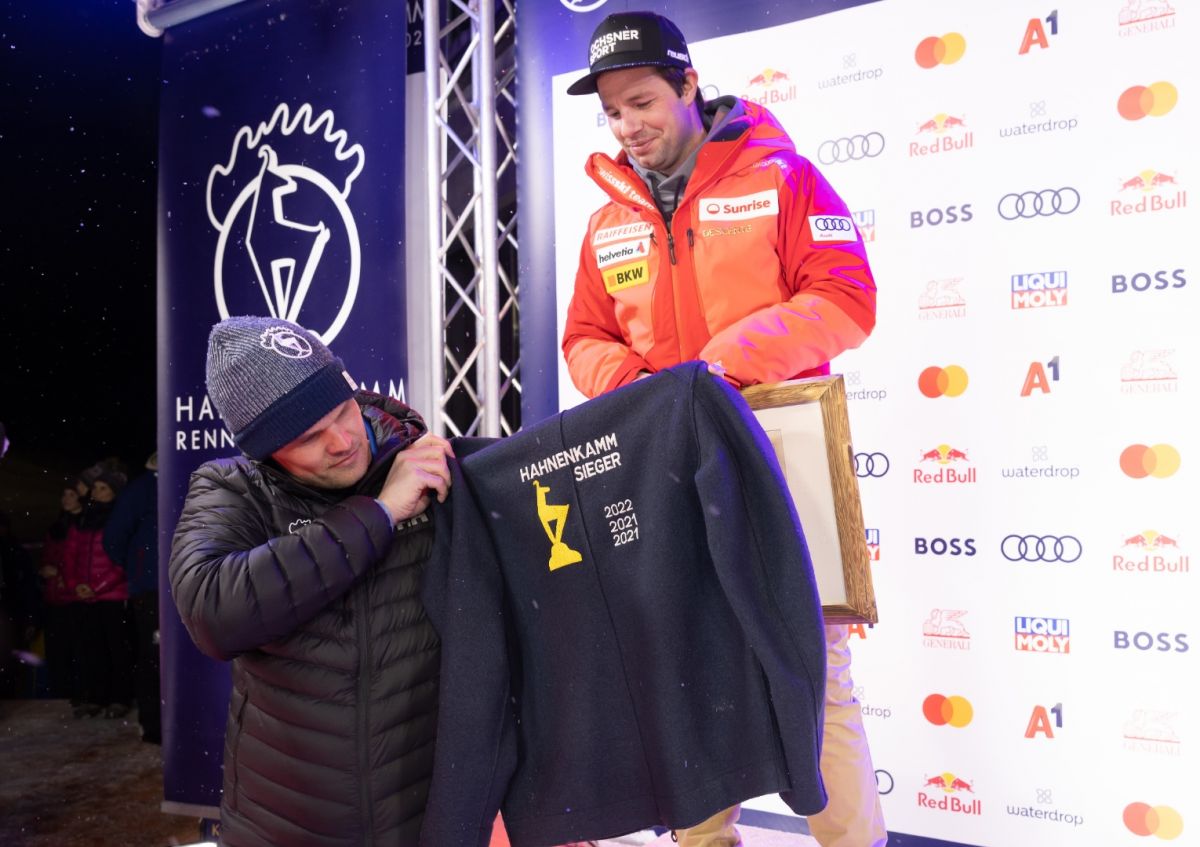 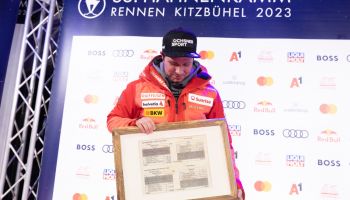 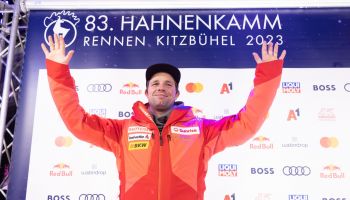 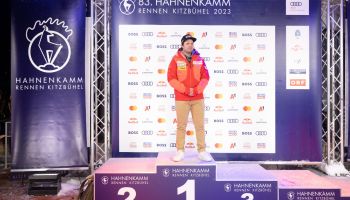 Beat Feuz climbed the winner’s podium at the Finish Building on Saturday and basked in the glow of thousands of jubilant ski fans for a final time. He was awarded with a gift by Kitzbühel Ski Club to take with him into ski retirement.

Outstanding Swiss athlete, Beat Feuz, gave Kitzbühel Ski Club the honour of a final "farewell" on the Finish Building balcony shortly before the official award ceremony on Saturday. KSC President and OC Chairman Michael Huber asked the likeable athlete to take the victory steps one last time to remind the huge crowd of his greatest successes.

Michael Huber recalled the year 2002 as Beat’s "most significant" participation in Kitzbühel, when he competed for Team Switzerland in the Juniors Race, at the same time as his now girlfriend and mother of his two children Kathrin Triendl, who won that year with Team Austria 1. Beat was presented with a framed copy of the results list from that memorable year as a special tribute.

As Beat is now certainly able to devote more time to his family and leisure pursuits in ski retirement, Michael Huber also presented him with a HKR backpack and Kitzbühel jacket from luxury fashion house, Frauenschuh, the back of which is embroidered with three winning chamois and the years in which they were won. The spectators bade an enthusiastic farewell to Beat Feuz with jubilant applause.