New course setting on the Hausberg 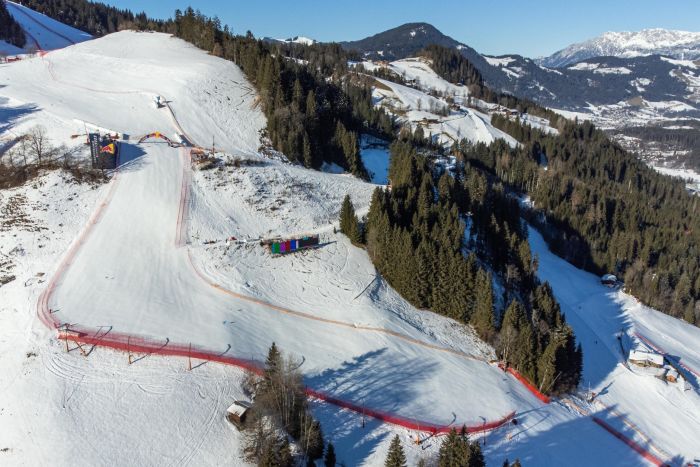 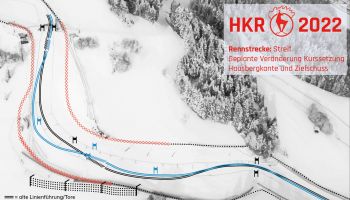 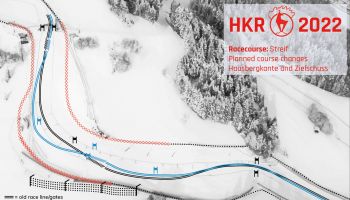 In order to improve safety, the course setting in the Hausberg compression will be changed slightly.

The Steif is divided into three dramatic sectors. Start to the Steilhang, Brückenschuss to Oberhausberg and Hausbergkante to the Finish. The final third starts at around 1:30 minutes into the run. At a moment in the race when the athlete is already under huge pressure, it’s time for the “grand finale.” After the jump over the Haubergkante, the extremely risky "Eberharter line" has been skied repeatedly since Stephan Eberharter's legendary triumphant run in 2004. This means taking a high approach to the first gate in the traverse. However, anyone who fails to hold, or is too late to achieve the line gets perilously close to the safety nets, or crashes straight into them. As a result, speeds towards the Finish Jump are higher.

To make this section safer for the athletes, the terrain was modified in summer to allow more space for the course. A natural hill was previously located on the right after the jump over the Hausbergkante - in the direction of motion - which is why the route offered little room to manoeuvre on this side. This hill was removed and the Streif could thus be extended in the direction of Unterhausberg: "This facilitates a new course layout where you have to ski further out to the right," says Herbert Hauser, Streif Piste Manager, and elaborates: “This allows athletes to take their momentum into the Traverse more smoothly.” The extension of the course - with one more gate than in recent years - allows for an increased curve radius, forcing the athletes to take a larger arc, which should temper their speed. "We also hope that speeds at which the racers reach the Finish Jump will be reduced a little, so they shouldn’t have any problems tackling the jump," says Herbert Hauser. According to calculations, levelling the Finish Jump would not have the desired effect: "The skiers would then reach the Finish at 160 km/h," says OC President Michael Huber and explains the modification to the Hausberg compression as follows:

“The hill has not been made less challenging, but the course set in such a way that more control is possible during the run.”

The first training run on Wednesday will amply demonstrate what challenge the slightly modified section entails for the skiers.