Optimism prevails on the Ganslern Slope 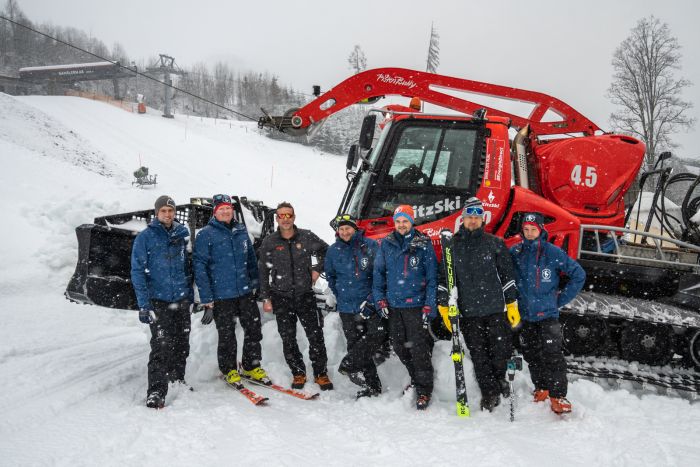 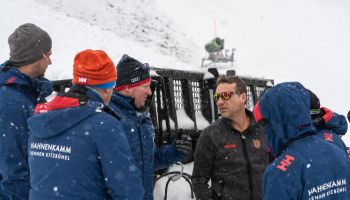 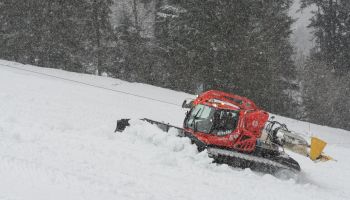 Even though fresh snow has not yet fallen over the entire Ganslern slope, the piste team is brimming with confidence for the Slalom event.

The Ganslern slope also passed snow checks on Epiphany Day, but mild temperatures have not left the 590-metre-long course, whose start is at around 1000 metres above sea level, entirely “unaffected". But course manager Stefan Lindner is very optimistic: "It's not an easy exercise this year, but everything will be fine," the man from Oberndorf is confident. "Over the next two to three days we will be optimising the snow cover of the race line, focusing on a width of 20 metres of 'original Ganslernhang'. New snow from above would not come amiss, as it combines well with the artificial snow, which has been somewhat affected by the warmer temperatures."

Whether the course will be compacted yet further with added water from the spray bar or water cannon will only be decided over the coming days and also depends on the weather. It is the prevailing circumstances that makes Stefan Lindner so confident for an exciting and fair Slalom on 22nd January: "Now it’s always just below zero degrees at night and that alone makes the track increasingly compact." But what if it gets warmer again during the day? "That doesn't bother the Ganslern much - as long as it's cold again in the evening and at night, plus the slope is mostly in the shade," says Stefan Lindner, who was also pleased to receive a surprise visit on Tuesday from FIS. Janez Hladnik, FIS Race Director for the men's technical competitions and currently on his way to Schladming, paid a short visit to the Ganslern slope. And he too says: "The conditions really do make a good impression."