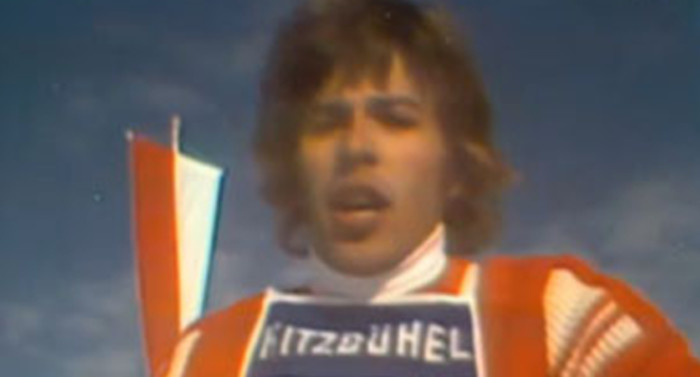 03.01.2016
ORF has broadcast live images from the Hahnenkamm Races since 1959. The ORF sports department has now compiled a list of 13 of the very best races. All sports fans can now vote and win for the “Best Kitzbühel Races of All Time” on insider.orf.at. The selected race can be viewed and votes submitted online.  Contenders range from Hansi Hinterseer to Franz Klammer, Ingemar Stenmark Hermann Maier and Stephan Eberharter.

ORF has selected these favourites to enter the voting race:

27.1.1974: Hansi Hinterseer is the first Austrian to win the World Cup Slalom

18.1.1975: Franz Klammer triumphs only one hundredth of a second ahead of Gustav Thöni

17.1.1981: Ingemar Stenmark competes in the only Downhill of his career and turns 34

20.1.2001: Double winner Hermann Maier ahead of Hannes Trinkl, eight Austrians amongst the top 11

24.1.2004: Stephan Eberharter accomplishes a perfect performance, with a 1.2-second advantage over his closest rival

21.1.2012: Record winner Didier Cuches wins the Downhill for the third time in succession, his fifth triumph in total

How fans can win the ORF VIP weekend.

If you want to take part in the competition, please write and tell us why one of the 13 featured videos is your personal favourite. A winner will be drawn from all participants to win a VIP package for the entire Hahnenkamm Weekend 2016. The package consists of 1x2 VIP zone tickets for all races from Friday to Sunday, 1x2 tickets for the legendary “Weißwurst” party at the Stanglwirt in Going on Friday, 22nd January and hotel accommodation from Friday to Sunday for 2 persons. Go to ORF competition  The deadline for entries is 21st January 2016. ORF and the Austrian Ski Federation granted all rights concerning the use of videos to Kitzbühel Ski Club (K.S.C.). Quelle: ORF Online / insider.orf.at
Previous post previous Next post next
Overview