Our live radio service from the Streif 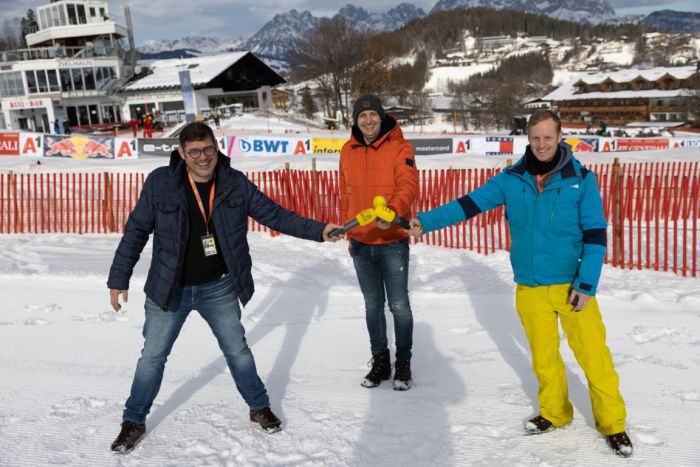 You can also listen to the races live. Commentators, Gregor Waltl and Sebastian Kaufmann also provide background information on the Streif and Kitzbühel in our live radio service.

Since 2011 and for the eleventh year in succession, Kitzbühel Ski Club has offered live audio commentary of the ski races and Downhill training. This allows blind and visually impaired listeners to follow all the race happenings, as well as those, of course, who are on the road, or don’t have access to a TV. With AUDIO2 team Gregor Waltl and Sebastian Kaufmann commentating on the live stream, the thrilling excitement of the races is not only audible, but tangible.

Working in cooperation with ORF, the live audio commentary will be broadcast on ORFeins second soundtrack, via live stream on the internet, as well as on local radio: tune into 89.3 MHz.

The Streif in English

Chris Cummins is responsible for commentating on the races in English. Chris has been entertaining our international listeners with his commentating skills for the for the last seven years. The live stream can be received worldwide free of charge. Follow this link to the live streams: https://hahnenkamm.com/en/race-2022/live-audio-radio/