Roland Collombin - “I think I was scared even back then." 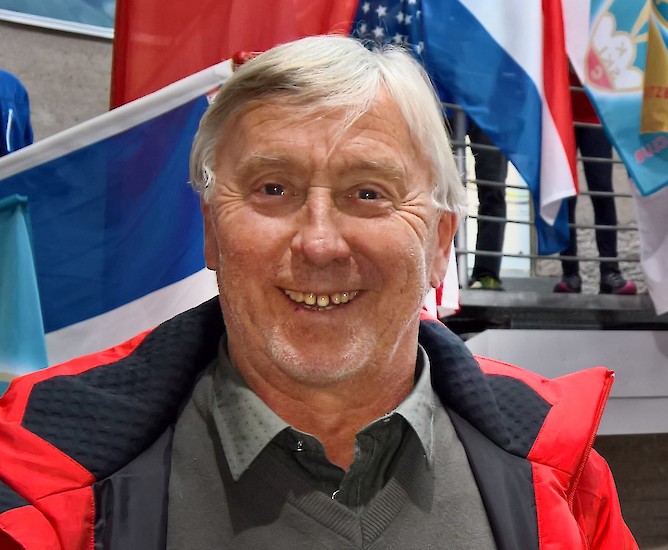 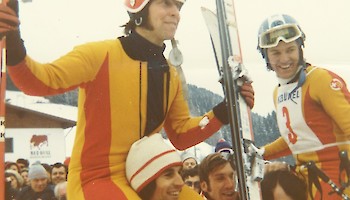 Collombin was one of the top Downhill racers in the 70s ski scene and his successes in Kitzbühel are a further confirmation of that fact: this Swiss athlete triumphed on the Streif not once, but twice, in 1973 and 1974. Nevertheless, Collombin respects the Streif to this day:

“I think I was scared even back then. Somehow, though, the Streif and I just suited each other”,

Collombin likes to come to the Gamsstadt again and again. So he was a guest at the 78th edition of the races. "I am particularly pleased to see all the team-mates at Hahnenkamm again!"

Throughout his career, the now 66-year-old ex-racer found himself on the podium eleven times, eight of which beaming down from first place. One of his greatest achievements was a silver medal at the 1972 Winter Olympics in Sapporo. That very year and on the same course, he secured another silver medal during the World Championships. Enough is never enough, though, so he also became overall champion in the Downhill World Cup two years running (1973 and 1974).

After a crash in 1974 in Val-d’Isère, Collombin was forced to take a year-long break from racing due to a sprained spinal cord. His comeback, however, was also cut short as he crashed again in exactly the same spot. Two spinal fractures meant that Roland Collumbin would have to end his career early. Since then, the jump on that piste in Val-d’Isère has been called Bosse à Collombin.

Roland Collombin was born on the 17th February 1951 in the French Versegères. At only six years of age he started skiing and subsequently worked his way up to the Ski World Cup, step by step. Since retiring from racing, Collumbin has been working as a wine maker, wine merchant and hotelier.