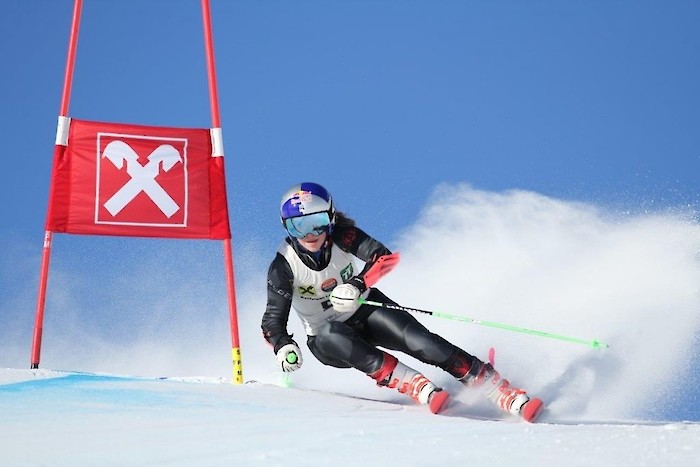 The 14-year-old KSC athlete (ÖSV Future Team) will make her debut at this year’s Longines Future Hahnenkamm Champions race. The event itself is by no means new territory for her: 6 years ago, she was a flag bearer at the official race week opening ceremony in the “Legendenpark” (“Park of Legends”). Since then, Valentina has certainly kept herself busy. Her triumphs include countless podium placements and a victory at the international Kids-Trophy Zauchensee, the world’s largest kids’ race. In 2017/18, she was accepted into the Tirolean Ski Association’s A-team – surely the highlight of her season. During the season of 2018/19, Valentina dominated in her age group (U14) at the Austrian student championships by winning the Slalom, Giant Slalom, Super-G and Combined disciplines.

This year, the youngster from Stams Ski Academy will take part in the Longines Future Hahnenkamm Champions for the first time and will give her all at this home race.

We wish Valentina all the best for the race and for the rest of this season.