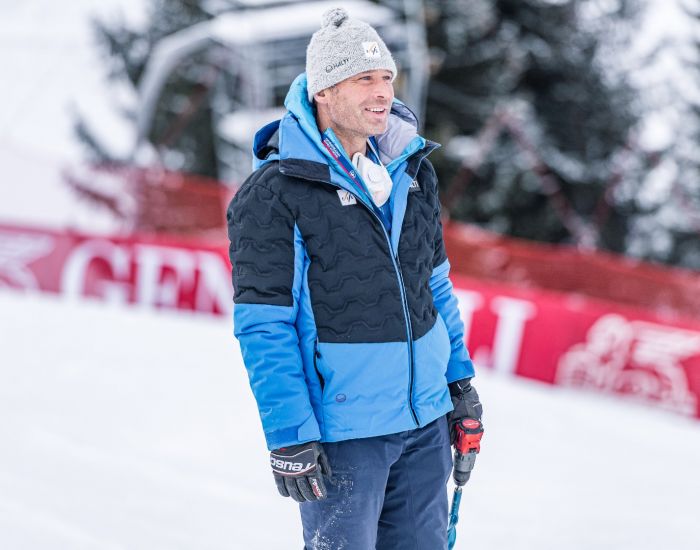 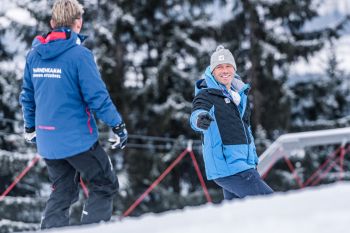 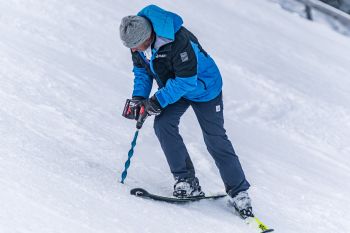 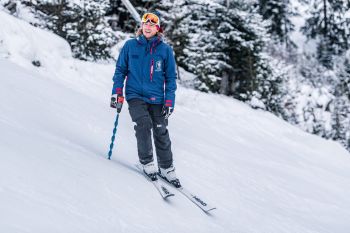 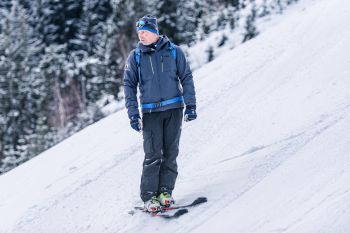 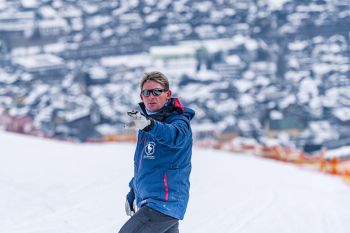 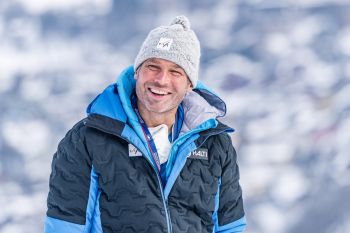 Traditional FIS snow inspections took place 14 days before the first race, resulting in great reports for the Streif: “It looks wonderful and nothing stands in the way of some great races,” said FIS Race Director, Hannes Trinkl.

The 81st Hahnenkamm Race event from 18th January will not be held in classic style, apart from the actual Super-G, Downhill and Slalom races. The press conference took place therefore virtually on Friday morning, following the FIS snow inspection. "Normally we would meet on the hill," said HKR boss Michael Huber in his words of introduction, but in order to be able to meet in larger groups, "online is the means of our choice and it works wonderfully".

Snow control findings were also wonderful: “Nothing stands in the way of some great races,” said FIS Race Director, Hannes Trinkl. The snow checks went very, very well and it all looks truly magnificent," said FIS Race Director Hannes Trinkl. “The upper section of the Streif is already race-ready, the Steilhang exit looks great and there is plenty of snow everywhere,” he commented happily. Hannes Trinkl also took the opportunity to thank everyone involved for their efforts: "A big thank you to the Bergbahn Kitzbühel Cable Car Co., who are responsible for snowmaking operations and initial preparation work. Also, of course, to the whole Piste Team surrounding Mario, Herbert, Tom and Stefan."

The aforementioned Herbert Hauser, Piste Manager for the Downhill course, also expressed his satisfaction: "We have been in the fortunate position that temperatures have been very cold recently and the Bergbahn has made super snow.” The condition of the course is exactly as the Piste Manager would like it to be: “We have already made great strides with basic preparation work and there is plenty of snow everywhere. We look confidently towards the next two weeks.” Should natural snow actually fall in the coming week, “ we will know how to deal with it ”, Herbert Hauser is in no doubt.

Preparations by Tom Voithofer and his Fence Crew are also well advanced: “We hope there won’t be too much fresh snow over the next few days. We already have the pandemic to contend with, so we don't need a dump of fresh snow too." Ganslern Piste Manager, Stefan Lindner, would also prefer it if lots of new snowfall didn’t head his way: “Thanks to prevailing temperatures - we are blessed with high-quality artificial snow this year and the covering is great. Basic preparations and completion of the transition sections will now be our focus until the middle of next week. The last opportunity for teams to train is next Wednesday.

It is thanks to the Bergbahn AG Kitzbühel Cable Car Co. with its team and 90 snow machines that the Hahnenkamm Races have high-quality artificial snow at their disposal all over again. A total of 150,000 cubic meters of snow have been produced thus far. "We are delighted that our snow meets FIS requirements and are pleased to be able to make our contribution," said Bergbahn boss Toni Bodner, who is now looking forward "to exciting races".

Chief of Race Mario Mittermayer-Weinhandl gave a small preview of the schedule during Hahnenkamm Week:  "The programme is focused entirely on the sport. Training week will start on 18th January and the training runs will be scheduled for Tuesday, Wednesday and Thursday.  There will probably be one day off. As always, that will also be decided by the weather."

If everything goes according to plan, the Super-G will take place on Friday, the Downhill on Saturday and the Slalom on Sunday History has already taught us several times over that things can change at short notice. Unfortunately, there is no supporting programme this year, which means there will be no bib number draw and no evening award ceremony on the Finish Building roof. The Hahnenkamm winners will be honoured at the finish line after the races.