A strong number: the Downhill bib for the Hahnenkamm Races 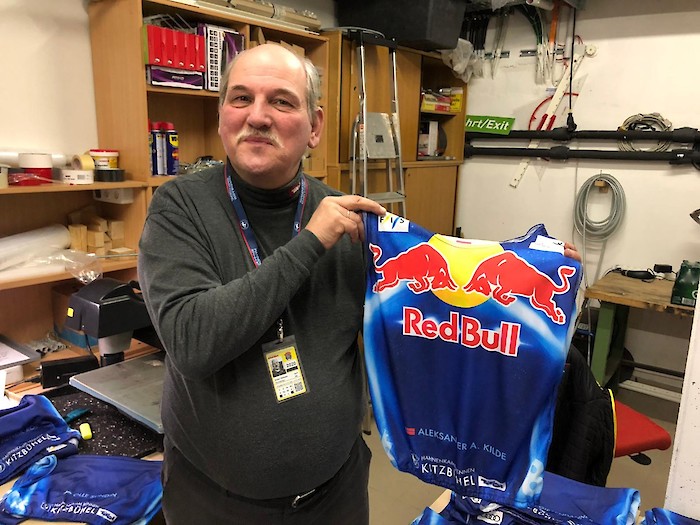 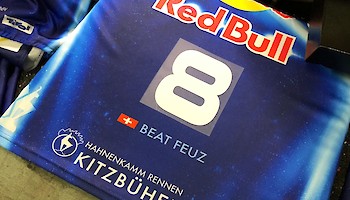 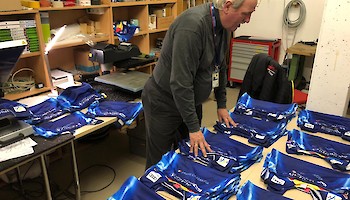 Friday evening, just after 18:00 hrs: the start number draw for tomorrow’s Downhill has just ended. As athletes retreat to their quarters to relax, Andreas Wilhelm is just getting started: “Tiroler Andi“ – as he is often called – and his three-man team from Stickdesign now have to deliver their best performance in a tiny room at Kitzbühel Race offices. They have to print, namely, around 70 start number bibs for the Downhill Race.

Unique in the World Cup circuit: “Athletes only get their own bib with their name and number when they compete in the Downhill on the Streif“, explains Wilhelm. “They have to give their bibs back at every other race – but here, they can keep them.“

This is yet another special feature that makes the Hahnenkamm Races so exceptional. The racers appreciate the gesture: “Many already have four or five Kitzbühel bibs at home, which they hang on the wall. For them, they are great souvenirs.“

Not every athlete, however, keeps his bib – and with good reason: „“Bode Miller once celebrated in the Londoner Pub after his Combined victory and auctioned off his jersey, for which he received 3,500 euros. He donated it to a good cause," remembers Wilhelm.

Another unique feature of the Hahnenkamm start numbers: their special design. Year on year, graphic design agencies send a number of suggestions to Red Bull. The company then selects and commissions the best draft. ”As we have the 80th Hahnenkamm Races this year, the anniversary number is included“, Wilhelm is particularly impressed by this year’s design.

Of course, it’s not just the visual aspect that is important: “The start numbers have to be bi-elastic, which means they must be able to be able to stretch in all directions without tearing.“ This, however, is not the only concern of the bib manufacturers: “The material must also withstand extreme temperatures and speeds: imagine the bib losing its number at minus 10 degrees and 100 km/h. That would be catastrophic for us“.

This, however, has never happened: Andreas Wilhelm and his team have been delivering high precision work for the past 14 years. Incidentally, the company only use printing presses and no auxiliary devices to print the start numbers: “At some point, you are able to do it with the naked eye. You just put the number on and know it’s sitting perfectly – right in the middle.“

The printing work takes four hours on Friday evening. Then they are ready for the Downhill on Saturday. One athlete who unfortunately won’t be able to use his start number this year is Dominik Paris. As we all now know, the top favourite from Italy suffered a severe injury in training and will be out for the rest of the season. He will still receive his start number bib though: “Red Bull called me immediately, as soon as we heard about Domi. They told me to bring the bib to the Starthaus, so all the athletes could sign it“, says Wilhelm. Paris then received the bib, together with lots of good wishes for a speedy recovery. Another long-standing tradition at the Hahnenkamm Races.

Wilhelm is now looking forward to the Downhill Race, because even when printing the bibs is completed, it is still too early to relax. ”I will not rest until the races have gone well, the numbers have held and no names were missing.“ The chances are good – after all, ”Tiroler Andi“ printed the start numbers, as always, with utmost care.