Gold, lots of silver and no bronze 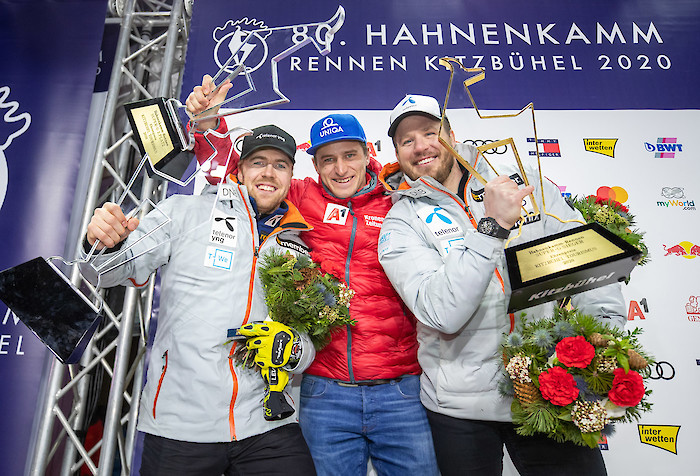 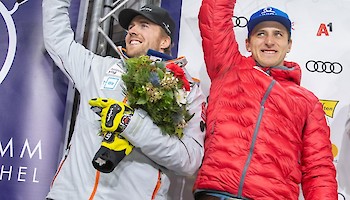 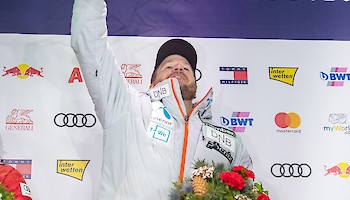 An impressive atmosphere prevailed at today’s Super-G award ceremony in the finish area. Winner, Kjetil Jansrud, grinned from ear to ear as he accepted the trophy, before proudly hoisting it aloft. This is not Jansrud’s first golden ”Gams“ trophy. Five years ago, he won Kitzbühel‘s supreme discipline, namely the Downhill. The fact that this is the 80th anniversary of the Hahnenkamm Races is not the only special feature this year. Presenting two silver trophies to both runners up is another novelty. Norway’s Aleksander Aamodt Kilde carried Austrian Matthias Mayer to the podium by piggyback – because they both secured second place with a tie finish.

Public drawing of the start numbers for tomorrow's legendary Downhill race was another highlight. Austrian aspirants Vincent Kriechmar and Matthias Mayer received bib numbers 9 and 13 respectively. Thomas Dreßen will be third to enter the race, Aleksander Aalmodt Kilde starts with number 5, Kjetil Jansrud with number 17. The race will be opened by American, Bryce Bennett.

The Downhill starts tomorrow at 11:30 hrs.