As forerunner on the Streif: “You feel like a winner“ 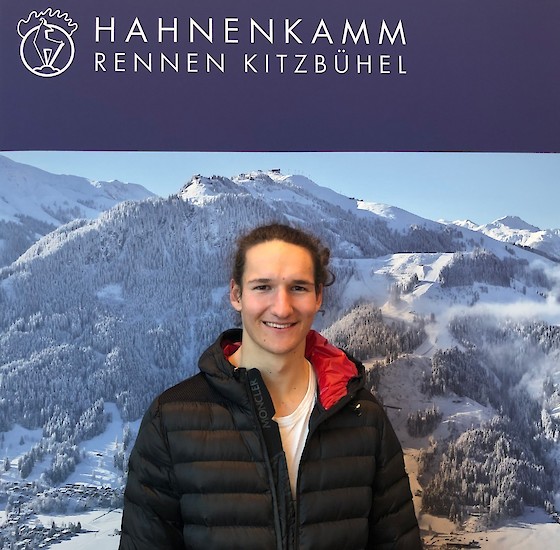 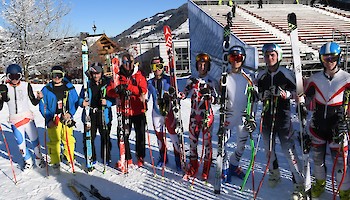 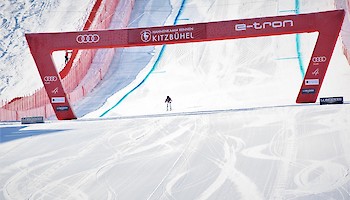 Felix Klingler is able to do what many up-and-coming ski stars dream of doing: Kitzbühel Ski Club’s promising young athlete gets to whizz down the Streif as a forerunner – this will be his fourth time. We had a chat with the 20-year-old, and he told us about this year’s piste conditions, his feelings at the start, and his top-tips for Downhill champion.

Felix, you were one of the first to take on the Streif today. How did it go?
The piste was quite calm today. Unfortunately, the edges of my skis weren’t ideal, which is why I had some grip issues up in the “Karussell” section. Our run down the Streif was divided into two intervals with a short break in between: first from the Mausefalle to Gschöss, and then from Alte Schneise to the finish. That made the whole thing a bit easier (laughs).

What are the key sections this year?
Karussell and Steilhang are as challenging as ever. Alte Schneise is also very demanding because the pressure on your skis is just brutal. The conditions in the lower sections are so good, I don’t think they will be a major game-changer.

How does it feel to be a forerunner on the Steif?
When you’re at the top for the very first time, you’re pale and just hope to make it to the bottom. I had already been a forerunner on the Streif for the Europacup, though the start is further down and you’re less nervous. Starting from the very top is a whole different ball game.

And what about during the run?
During the run, my mind goes blank. You just race. I know my race line by heart, and that’s it.

Have you ever fallen on the Streif?
As a forerunner at last year’s Europacup, I really wanted to attack the Steilhang-exit, which wasn’t ideal. I took a hit and slid into the net. Luckily, nothing happened to me, apart from a broken ski and pole.

How exactly do you become a forerunner?
One of my colleagues from Norway spent an exchange year in Kitzbühel. We both thought: “To be a forerunner in Kitzbühel, now that would be quite something.” The family he was staying with knew the event host, so we just asked. After a casting, we were allowed to ski.

You’re an athlete for the Kitzbühel Ski Club. It must be quite special to ski down the Hausberg?
It’s a dream come true. Two years ago, I was a forerunner for the World Cup Downhill, and as I reached the finish line the crowd cheered like crazy. It really makes you feel like a winner.

What’s the rest of your agenda for the 80th Hahnenkamm Races?
I’ll be on duty at the two training runs, and Thursday evening we’ll find out who gets to be the forerunner for which race.

What’s your plan for the Downhill on Saturday?
Well, hopefully I’ll be the forerunner (laughs). After that, I’d like to stay in the finish area because that’s where you have the best view of the piste. With the fans behind you it’s a really cool feeling. But at last year’s Downhill, I was the reserve forerunner, which meant that I had to wait at the top during the race. It was exciting to see all the Downhill athletes cheer on their colleagues as they raced down.

What are your goals for the future?
At some point I’d like to take on the Streif as a World Cup racer, of course. For now, I want to make it into the Europacup – from there, I’ll slowly make my way to the top.

To round it all off: Who is your top-tip for the Downhill?
(Thinks) I’ve actually got high hopes for Aleksander Aamodt Kilde, because I think he’s a really cool guy. But Beat Feuz‘ confidence skyrocketed with the victory in Wengen, so my guess is that one of those two will triumph.