Finally, may we just say thanks! 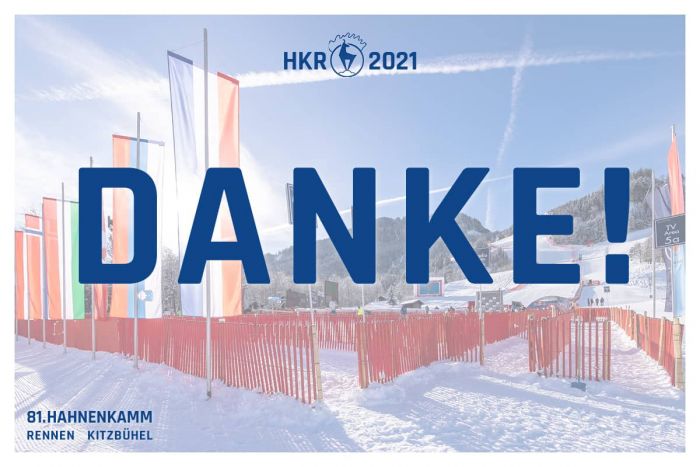 The 81st Hahnenkamm Races came to an end on Monday, 25th January. It is now time to say thank you to all those involved, as well as our fans.

These were exceptional Hahnenkamm Races as, for the first time since their premiere in 1931, the pandemic prevented spectators from being allowed to join the sidelines. The event was (nonetheless) a great success and head of the Organizing Committee, Michael Huber, would like to take this opportunity to thank the following for their “effort, commitment, enthusiasm and ability to endure adversity”:

The 82nd Hahnenkamm Races will take place from 17th to 23rd January 2022, when Michael Huber hopes that: “The sport is once again paramount in 2022 and that spectators may cheer on the racers from the sidelines of the Streif and Ganslern racecourses."