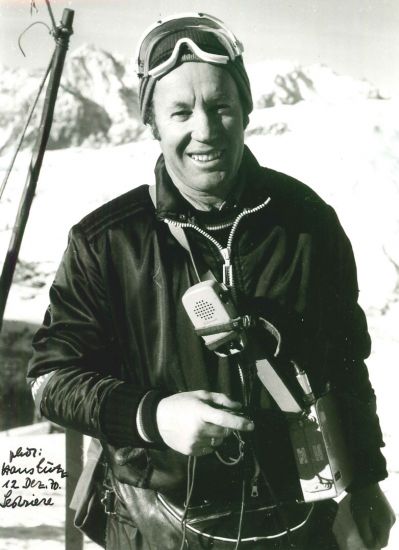 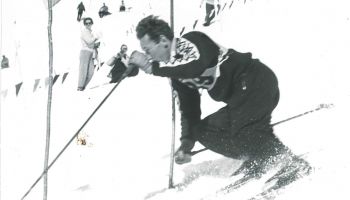 He was a member of the Kitzbühel Wonder Team and celebrated two victories on the Hahnenkamm. Fritz Huber would have turned 90 on January 21st.

Few people knew his baptismal name of Friedrich Michael, but his laughter and warmth can be remembered by the many who were privileged to join him on even part of his journey: skiing legend Fritz Huber would have celebrated his 90th birthday on January 21st.

Born in Kitzbühel, he celebrated one of his greatest triumphs in his hometown at the age of 19: in 1950, Fritz Huber secured the prestigious Combined title on the Hahnenkamm. He won the Downhill with a five-second lead over Kornel Wieser from Salzburg, so it was no problem at all to “only” come second in the Slalom behind Germany’s Sepp Folger. He ended his active career only five years later- befittingly with a victory in the Slalom at the Kandahar Race. Fritz Huber also celebrated historic success on Kitzbühel’s other local mountain where he won the last Kitzbüheler Horn race (to this day), a once legendary downhill run from Alpenhaus to Unterbergbauern.

"I was one of the last amateurs," Fritz Huber said about himself. He also never allowed himself to name which of his successes he cherished most: "I won many national and international races," he always replied. He also reacted in a similar manner when questioned about his most pleasing triumph as a coach: "I was delighted with every medal accomplished by every athlete I coached." For example, as Swedish trainer, he succeeded in winning the first Olympic medal for the Scandinavians (bronze in the Cortina slalom in 1956 by Stig Sollander).

Back in 1955, the trained mechanic started his own business as a taxi and excursion entrepreneur. Many locals still have fond memories of Fritz with his VW buses in Kitzbühel's town centre. He was married to Gretl from 1960 and they had two children, Christine and Michael, who is the current KSC President.  The “last amateur” passed away in Kitzbühel on 9th August 2017 in Kitzbühel. Fritz is of course, just as memorable as his father, who shared the same name and was one of Kitzbühel's ski pioneers, as well as his brother Herbert.