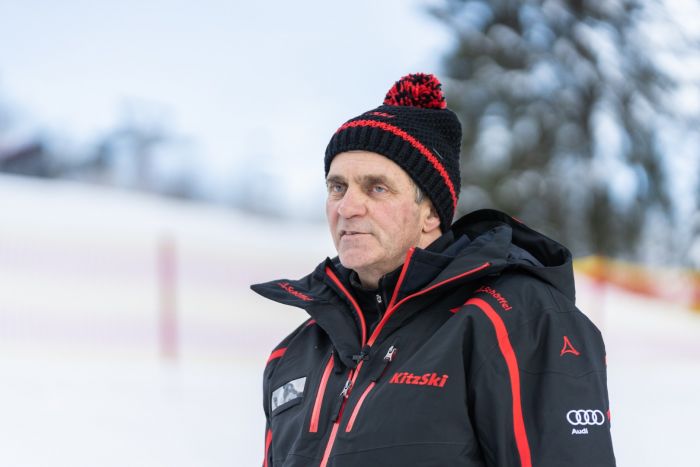 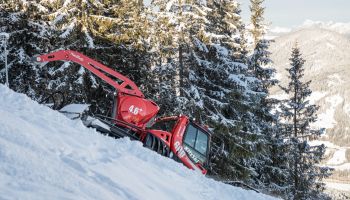 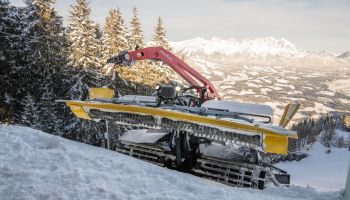 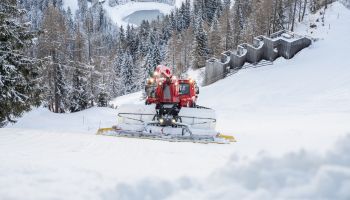 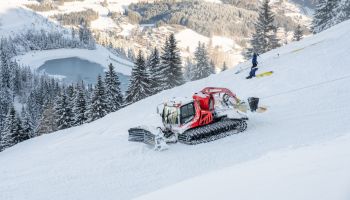 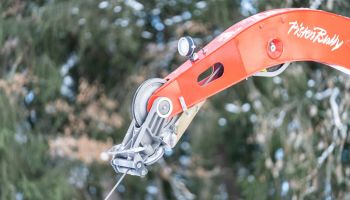 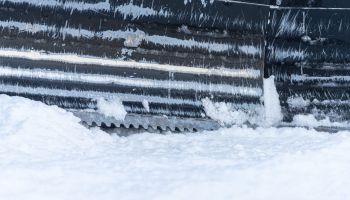 Johann Daxer is a legend amongst snow groomer operators at KitzSki. The trained mechanic and farmer was the first to prepare the steep 'Steilhang' with a winch-equipped machine in 1987.

The Streif consists of impressive and respect-commanding sections from the Start Slope, to the Seidlam and the Finish Jump. There is an 85 percent gradient at Mausefalle - the steepest section. Daring, concentration and technical finesse are required to tackle this World Cup racecourse. Not only by the athletes, but also by every employee working along this route - especially those at the controls of the snow grooming machinery, which weigh up to 14 tonnes and are powered by 550 hp engines.

Kitzbühel Cable Car Co. sends 15 of its best drivers to prepare the Streif. Johann Daxer is a pioneer amongst their ranks, as he was the first ever to prepare the Steilhang section with a winch equipped machine (snow groomer suspended from a steel cable). And anyone who has stood on the Steilhang slope - be it in summer or winter - can imagine the kind of forces exerted on man and machine here.

The Kirchberg man remembers his premiere in 1987 clearly: "That was quite a hara-kiri style feat back then." The machinery was not as technically advanced as it is today, so it was quite exciting for all of us," Johann Daxer recounts.  Was he afraid? "I was never afraid." The reason why he was chosen to be the first to prepare the Streif with a winch machine was due to his experience - both in and out of the cockpit. "I'm a trained mechanic and have a farm below the Ochsalm, so I'm used to steep slopes and how to drive on them."

All steep hills have long since been prepared with the help of winch machines:  Starthang, Mausefalle, Steilhang, Hausberg, Ganslern. The steel cables have a length of up to 1,200 metres and a tractive force of up to five tonnes.

There is no special training for winch drivers and the preparation of a World Cup slope: “Nothing, apart from many years of experience. With time, you know what such a slope should look like," says Johann Daxer, who explains the general function of a snow grooming machine: "We use it to consolidate the piste. We ensure that air is released from the snow and that the slope becomes hard.  For this, you must drive slowly and carefully. The slope should also be flat and have no undulations.” And why shouldn’t snow grooming machinery be on the racecourse just before the races? The caterpillar tracks would tear up the hard slope again.”

He prepared the Streif and of course other slopes in the Kitzbühel ski area for 35 years, but his favourite was always the Steilhang:  "It was my first section and my favourite." Johann Daxer also loved driving at night: "Thanks to the strong headlights, you can see the slope structure much better then. There was nothing nicer than starting at 4a.m. and watching the sun rise from the mountain.”

Johann Daxer had to give up his profession in 2021 after his wife suffered a serious accident at work. "I would have liked to have driven for a few more years, but my wife needs me."