Multiple Injections for the Streif 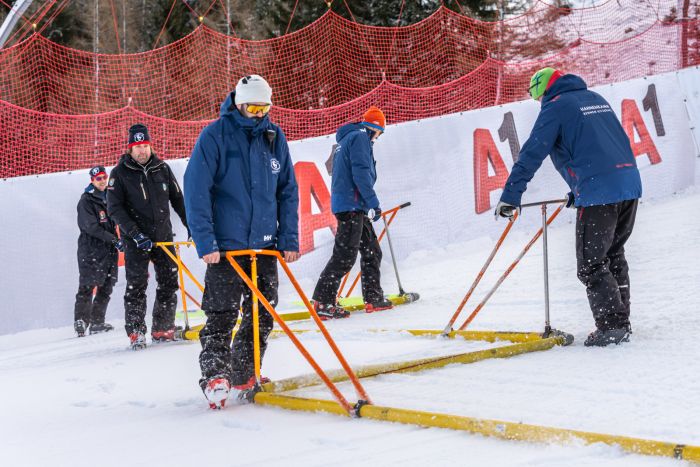 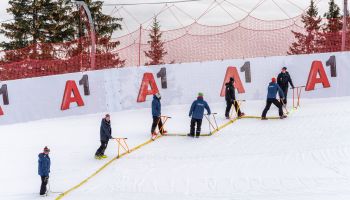 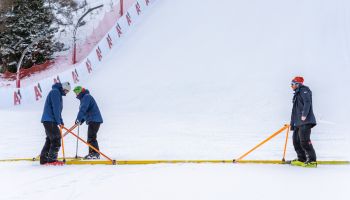 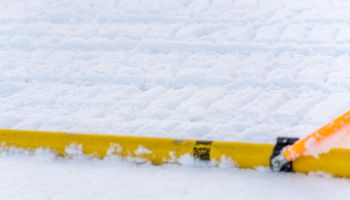 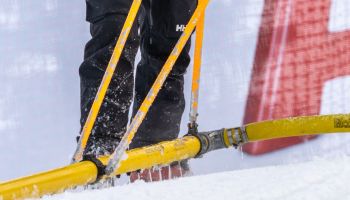 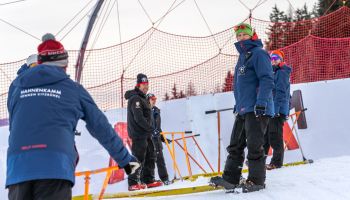 In order to make conditions more compact and resistant, a spray bar is used to inject water in the course section below the Mausefalle.

It’s not exactly quiet at the moment on, alongside or above the Streif. The busy soundscape is usually a cacophony of rotor blades, piste grooming machines or loud commandos echoing across sections of the track. There was almost a meditative silence, however, in the lower Mausefalle section on Thursday morning, interrupted only by regular swishes as seven men from the piste team gently pulled a 60-metre-long hose across the course and set it down again: “Pssssssss,”is the sound made by countless nozzles. A process that takes almost an hour as they inject water into the slope every 20 centimetres until the entrance to the Steilhang.

But what are they doing here? The piste team works with a so-called injection spray bar, which injects water into the snow with cone-shaped nozzles. These meet at a depth of 20 to 30 centimetres and combine to form a continuous base. During the process, thousands of small holes are created in the slope.  When work with the spray bar is finished, a piste machine mills the section and then the (hopefully) lower temperatures do the rest. "We do this to make a compact overlay. Working with the bar makes the track hard and resistant," says Markus Ziepl, who has been a member of the piste team for five years. What is the difference between watering the Streif with the spray bar and water cannons? "When we use water cannons, the piste machine has to be in operation at the same time, as the machine must first “roughen up” the top layer, to which we add water and the groomer works the treated snow back into the snow cover. With the spray bar, we can work sequentially: first us, then the piste machine." And is there something soothing about working with the spray bar? "It is quite nice here in the lower Mausefalle, because it is a flatter section. It’s a different kettle of fish in the steeper areas," says Markus with a grin.