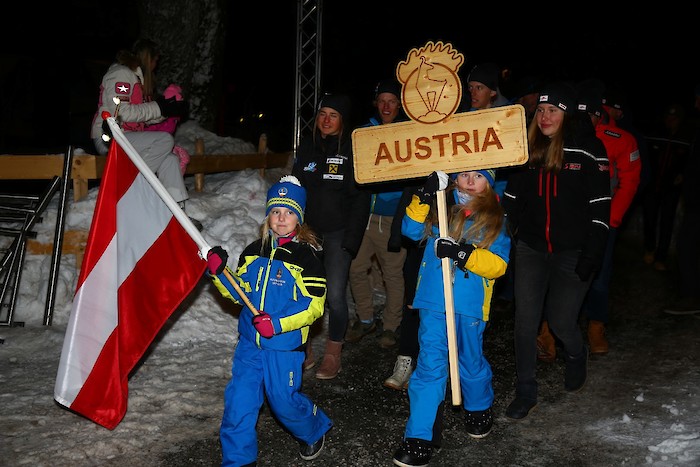 The start of the Hahnenkamm Week was celebrated with a Parade of Nations in the „Legendenpark.“ Talented young skiers who will be competing in the Junior Races carried their national flags to the reception, where they were greeted by spectators and officially welcomed by the Hahnenkamm Race organizers. Nine teams in total from seven nations are represented. Team Austria 1 will open the race.

The Giant Slalom begins on the Ganslern Slope at 10 hrs. The race ends at 13 hrs with a Slalom.

23.01.2019 14:40 19
The twists and turns of a Giant Slalom followed by a challenging Slalom: The Longines Future Hahnenkamm Champions Race presented young athletes...