Reichelt wins the second downhill training on the Streif 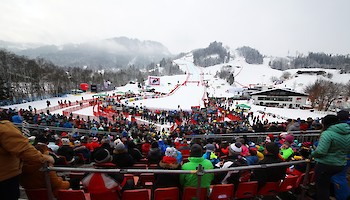 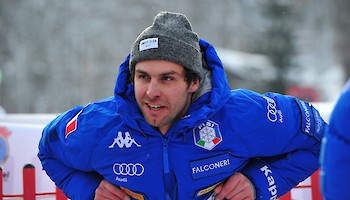 It was the dress rehearsal for the legendary ski classic tomorrow: the second and final downhill training took place on Thursday on the Streif. A familiar face secured the best time under cloudy skies, yet excellent course conditions:

Hannes Reichelt, Hahnenkamm winner of 2014, demonstrated his unquestionable prowess with a nigh-on flawless run, resulting in the best time of the day: 1:57.41. ”It would be great if I could repeat my training performance all over again on Saturday,” said the Austrian after his run.

”I need to improve a few things, but I feel ready.“

Third place went to another former Hahnenkamm champion: Italian Dominik Paris – Downhill winner of 2017 – underscored his ambitions of victory and swept over the finish line only 0.36 seconds behind Reichelt. ”I will give my best on Saturday and try to make as few mistakes as possible,” said Paris after training. At the same time, the 29-year-old thanked the spectators at Hahnenkamm:

"It's great that so many spectators are here. Kitzbühel is a very special place."

After his Europacup victory on Monday and securing third place in the first downhill training, Daniel Danklmaier continued to demonstrate his top form today: the Austrian finished fourth fastest (+0.43) with a start number of 44. ”It’s an advantage for me that I already competed over this course in the Europacup. It was a good, clean run. I want to maintain that level of concentration for Saturday,“ said Danklmaier.

Athletes and fans can then look forward to the Hahnenkamm classic on Friday from 11:30 hrs.

15.01.2019 08:06 4
Spectators are well aware of the work on the racetracks or in the stadium area. These are visible to the naked eye, but the technology behind them is often overlooked. Without it, however, such a...