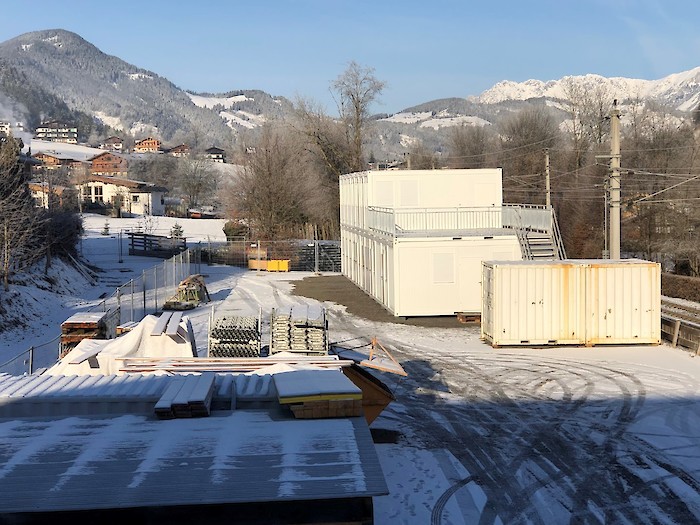 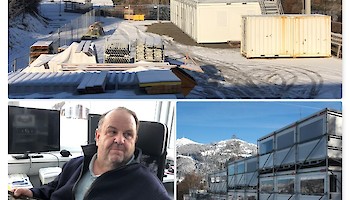 The stadium team, led by HKR Infrastructure Manager Mandi Goller, has already been in action for several weeks. Numerous superstructures, such as TV towers and coaches’ towers, are being positioned along the racecourses or have already been installed at higher locations.

"The containers for the rescue organizations' operations centre are already on site," reports Goller. "Deliveries of 183 trucks and semi-trailers must be meticulously coordinated. The first few weeks in January are particularly intense. Grandstands for the stadium will be erected closer to the Race Weekend. "Before that, there will be normal ski operations," says the infrastructure manager.

Around 36 companies with circa 790 employees work for approx. three weeks to set up and dismantle the eighty temporary superstructures alongside the racecourse and in the stadium. "In the midst of all this, we have ongoing consultations and on-the-spot issues that need to be solved," says Goller. The WC containers on the event grounds are a particularly special installation. Around 250 toilets with running water and sewer connection will be installed. “We strive to improve the quality of our services year on year, which is quite a challenge for an event of this magnitude. The weather plays an important role for Goller’s team. All assembly and dismantling deadlines must be met precisely, "so everything can dovetail into place," says Goller with a smile.