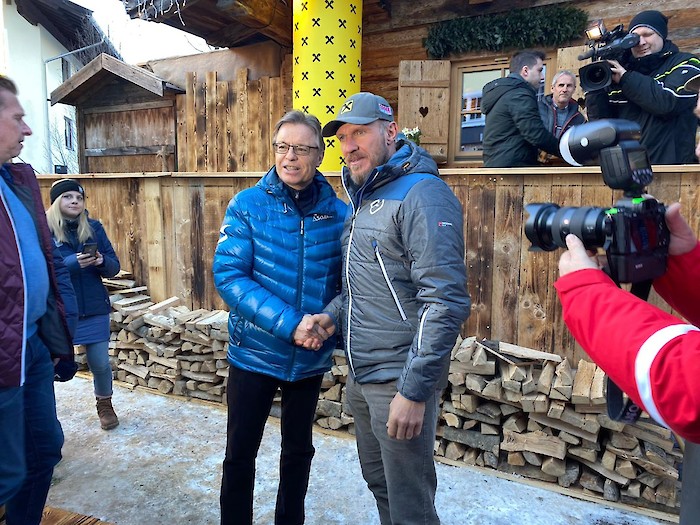 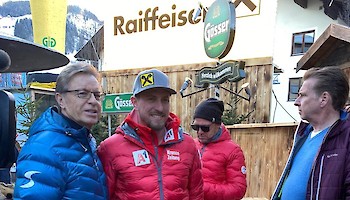 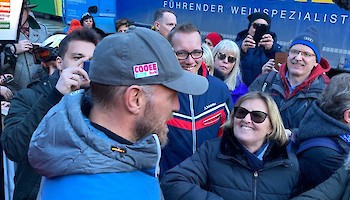 In keeping with long tradition, Raiffeisen Marketing invited sportsmen and women to this year’s Athlete’s Meet. On this occasion of the 80th Hahnenkamm Races, ski stars Hermann Maier and Max Franz were in attendance at “Krone World Cup House“ for a press conference.

Nobody has won Kitzbühel’s Super-G more often than Maier, who triumphed no less than five times on the Streif and once in the Downhill in 2001.The partnership between Raiffeisen Bank and Hermann Maier has been in existence for 22 years and is still a resounding success.

At the Athlete’s Meet he talked about his career, incredible comeback after his motorcycle accident and passed on a few tips for this year’s race.

“Schnitzels will be eaten in front of the TV during Hahnenkamm Weekend.“

Max Franz, who has been a Raiffeisen Banking Group partner since 2012, also spoke about his goals for the race and ski career to date.

“I’m going to put my foot down“

The afternoon came to a pleasant close with coffee and cake.