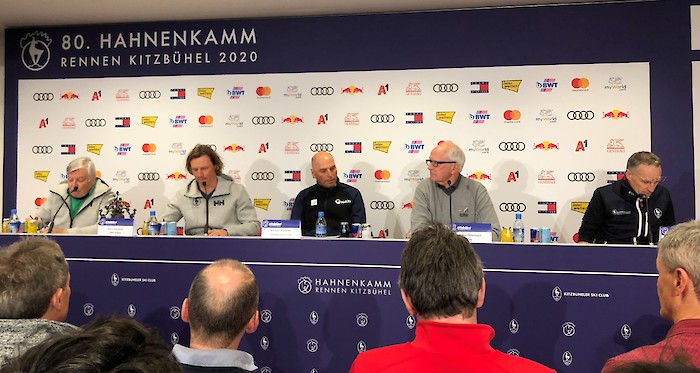 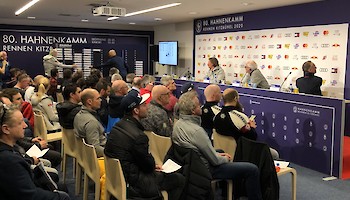 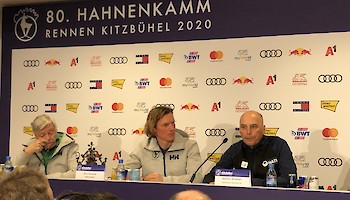 The first Team Captains Meeting for the 80th Hahnenkamm Races took place on the eve of the first Downhill training run. Chief of Race, Mario Weinhandl, took advantage of this opportunity to wish Dominic Paris a speedy recovery after his injury.

“We all hope to see Dominic back on the slopes very soon,”

The Streif is in perfect condition for the 80th Hahnenkamm Races.

Michael Huber, President of Kitzbühel Ski Club, shares his sentiment: “We have done everything within our power to prepare the racecourse optimally,” said Huber. Huber is also confident when it comes to the weather:

"Of course it is still too early to provide forecasts for the weekend, but I am optimistic".

Chief Race Director, Markus Waldner, praised the Ganslern Slope: "I was out on the course today: It is in great condition, everything is ready for an exciting slalom on Sunday," Waldner reported.

Coaches, officials and athletes are now eagerly looking forward to tomorrow, as the first Downhill training will take place on the Streif at 11:30 hrs. At the end of the meeting, the start numbers were drawn: top favourite Beat Feuz from Switzerland will be the first to start, while Norwegian Aleksander Aamodt Kilde received bib number three. His fellow countryman Kjetil Jansrud starts in 13th place. Austrian co-favourites Matthias Mayer and Vincent Kriechmayr received start numbers seven and five respectively. Thomas Dreßen, who sensationally won the downhill race two years ago, will be starting in ninth place.

22.01.2022 19:20
Slalom victor Dave Ryding is the first World Cup winner from Great Britain. The first Briton to win a Hahnenkamm Race, however, was Gordon Cleaver. He took the very first Combined title in 1931 and...

First British winner at the Hahnenkamm Races since 1931