The Hahnenkamm Races: for the benefit of the young 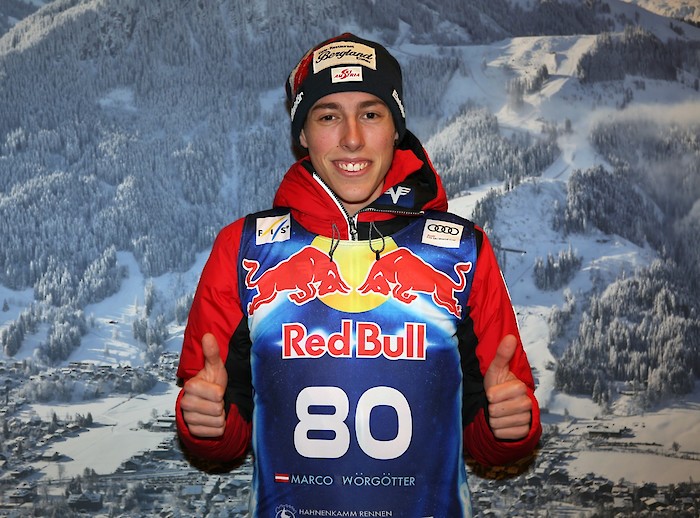 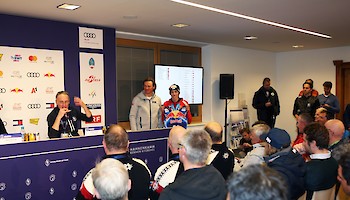 Organizers of the Hahnenkamm Races, Kitzbühel Ski Club, had another special highlight up their sleeve at this year’s Team Captains Meeting: young athlete, Marco Wörgötter, was welcomed by President Michael Huber, after winning two gold medals at the Youth Olympic Games. “Everything we do here, we do for the benefit of the young“, Huber said in summary. Wörgötter was presented with a special Kitzbühel jersey – and provided the world with yet another example of why the Hahnenkamm Races are so important for working with young talent.

The daily Team Captains Meeting usually follows the same procedure. Roll call of nations, debriefing, preview of the next competition. This time, however, Michael Huber used the opportunity to address another important topic, one that is not only close to the Kitzbühel Ski Club president’s heart: “The focus of the Hahnenkamm Races is not just about delivering a superb sporting spectacle. First and foremost, it’s about the love of the sport and promotion of young talent.“

When it comes to supporting young talent, Kitzbühel Ski Club leads by example: the club trains around 160 athletes. The focus, however, is not just on one discipline: KSC supports upcoming talents in alpine skiing, cross-country skiing, biathlon, ski jumping and the Nordic combined, as well as in snowboarding, freeskiing, skicross and freestyle, for which they provide the services of around 20 coaches all year round. A mammoth project, which requires the necessary financial support. precisely this, is guaranteed by the Hahnenkamm Races.

The current successes prove that Kitzbühel Ski Club is on the right track: only last week, four talented youngsters took part in the Youth Olympic Games in Lausanne, Switzerland: Marco Wörgötter in ski jumping, Lara Wagner and Victoria Mellitzer in the biathlon, as well as Lena Leitner-Hölzl in ski mountaineering. Wörgötter, in particular, made the most of this opportunity to jump into the limelight. The young KSC athlete won an impressive two gold medals. A sensational result for the ski jumper and his local ski club. “All four delivered a sterling performance and were proud representatives of KSC“, said President Huber happily.

The next sporting highlight is only just around the corner for the talented young athletes: the two biathlon athletes, Wagner and Mellitzer were nominated for the Austrian contingent at the Junior World Championships in Lenzerheide (Switzerland) from 23rd January to 2nd February 2020. Wörgötter is travelling to the Junior World Ski Jumping Championships in Lahti, Finland.

This clearly demonstrates that KSC’s focus is on working with young and upcoming talent. The legendary Hahnenkamm Races are indispensable to these ongoing efforts – also in their 80th anniversary year.