Ken Read: “Its’s great to see my sons have the same adventures as me“ 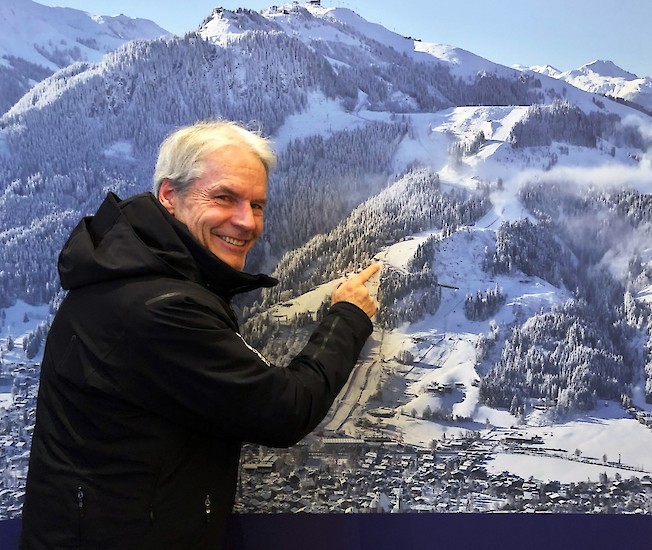 Many a hero’s story was written on the Streif: Ken Read was the author of a particularly special one. In 1980, the now 64-year-old was the first canadian to win the Hahnenkamm Downhill. Even though it was 40 years ago, Read says “to me, it feels just like yesterday.” He enjoys thinking back to the sensational triumph: “Many people ask me if I was scared of the Streif. But I wasn’t. For me, it had always been a dream to race here. It was the biggest adventure of my life – and the greatest experience of all time.”

Kitzbühel and Ken Read: It has always been a special relationship, and still is today. “Kitzbühel is really special: The city, the history and especially the respect that racers, host and locals have for the Hahnenkamm is one-of-a-kind”, Read explains. People value this attitude, and – especially in Austria - the Canadian is a well-loved figure. “That makes me happy, of course. I think the people like that we Canadians have always tried to speak German when we’re here”, is his theory. “Canadians love to go flat out. And the Austrians like that, too.”

But would he, theoretically, like to take on the Streif Downhill one more time? “Definitely not!“ Read says jokingly, before continuing in all seriousness: “You need to be at peak fitness, in your best condition. If that isn’t the case, you’re better off giving it a miss. The Streif is demanding. She can eat you up and spit you out.”

Ideally, that won’t happen to Jeffrey Read, youngest of the ski legend’s three sons. Erik, Read’s oldest offspring, is a Slalom specialist: Three years ago, he even came seventh on the Ganslern. Now, after a Super-G and two Europacup appearances, his youngest son, Filius Jeffrey, will brave the original Downhill – just like his father before him. Everything went well in Wednesday’s training run. He came 51st, still over four seconds behind his fastest competitors.

“Of course I’m nervous when he races down there. But my sons are free to do what they want to do. I’m happy to see that my sons are having the same Kitzbühel adventures as I once had the privilege of experiencing many years ago”, says Read. When asked about his top-picks for this weekend, he’s obviously betting on other athletes: “After Dominic Paris’ bitter early end to the season, the big questions is if Beat Feuz can also win here after Wengen”, Ken Read ponders. “But there are many good racers at the moment: Matthias Mayer, Aleksander Aamodt Kilde, Thomas Dreßen.“ And the Canadians? “Benjamin Thomsen loves the Streif. This is where he always achieves the best results of his season.” Hope lives on for a Canadian victory – so far, this honour was Ken Read’s alone.