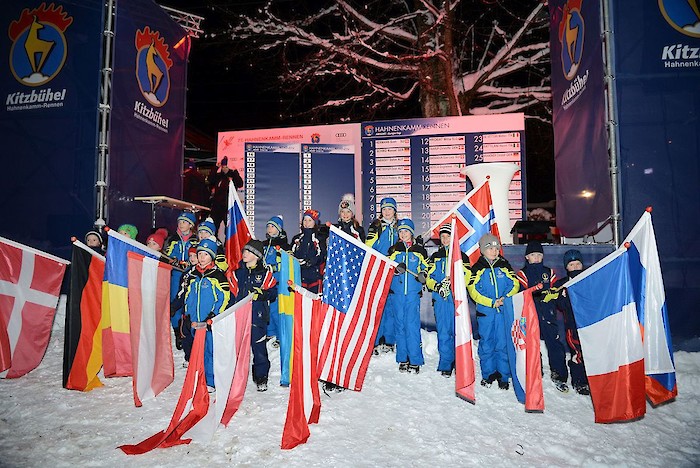 Kitzbühel is in the starting gates – we are ready for the biggest and most exciting ski-event of the year.

Such an event deserves a grand opening, and so it shall be: The official race week opening ceremony will take place tomorrow, Tuesday 21st January in the “Legendenpark” (“Park of Legends”).

At 18:30 hrs, the future generation of World Cup athletes will take centre stage in the Parade of Nations – and all nations of the “Future Hahnenkamm Champions” will receive a warm welcome.

We would like to invite you to cheer on the Longines Future Hahnenkamm Champions teams and are counting on your support. Tea and mulled wine will be served while the future superstars proudly represent their nations.

13.00 hrs I Longines Future Hahnenkamm Champions, 2nd run on the Ganslern, followed by the award ceremony

We look forward to welcoming many visitors and a great start to the 80th Hahnenkamm Races!