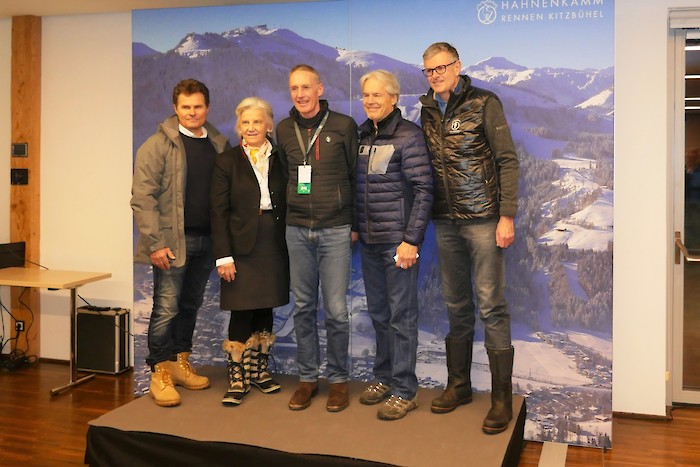 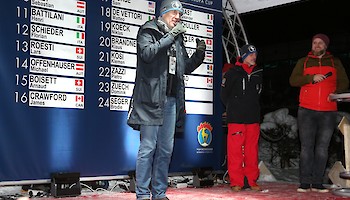 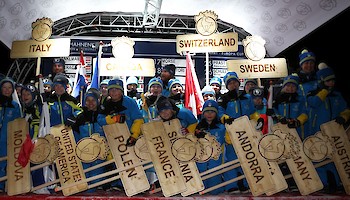 The opening ceremony of the 79th Hahnenkamm Races took place this evening in the Park of Legends.

This year’s Race Week kicks off with tomorrow’s Europacup Downhill. After the last Team Captains Meeting today, the KSC invited all participants to join an official reception at the press centre.

Ken Read, head of the FIS Youth Committee, who won the Hahnenkamm Downhill himself in 1980, praised the exceptional organisation of the Europacup at the reception.

“The KSC hosting the Europacup on the Streif is a great example for how we can give young athletes the chance to gain valuable experience. This event is the best investment we can make for the young racers.“

Honorary guests Signe Reisch (Chairwoman of the Kitzbühel Tourism Board) and Klaus Winkler (Mayor of Kitzbühel) greeted the guests with warm words of welcome.

“We have a perfect winter, a perfect course, perfect organisation and great racers. What more could we ask for?“, Reisch enthused.

”The Europacup is highly regarded and this is a great honour for the city of Kitzbühel. We wish you all exciting races“, says Mayor Winkler.

At 18:15 hrs, the official opening ceremony for the Hahnenkamm Races began with the Parade of Nations into the Park of Legends. KSC President Michael Huber:

“I’d like to extend the warmest of welcomes to all teams and guests, and hereby announce the Race Week as opened!”

Following the Parade of Nations, the top 15 athletes were able to choose their start numbers for tomorrow’s Europacup Downhill.

Top favourite racer Daniel Danklmaier (AUT) will start tomorrow with bib number 1, as he did in today’s training:

“I saw some steady improvement in some of the curves, I just hope my nerves can handle it!“

The Europacup Abfahrt will start on monday at 10:30 hrs.