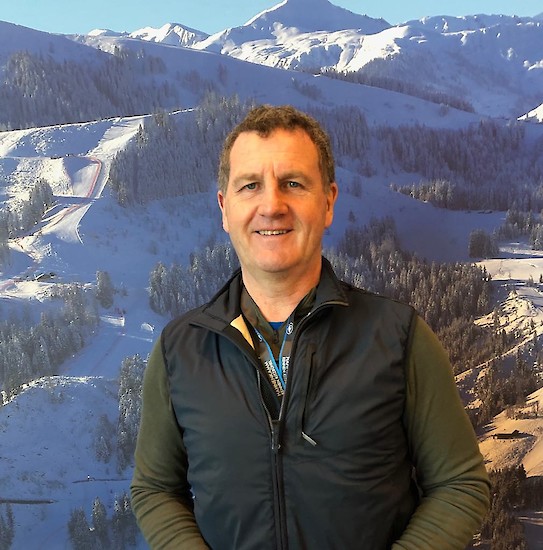 When locals hear the words “Fan Zone“ they roll their eyes, shake their heads and lock their doors. Taking on the responsibility of hosting ski sports enthusiasts and fans who are ready to party hard sounds like quite a challenge. Thomas Rass and his team are the Bravehearts who have been assigned this task by the municipality of Kitzbühel. He gave us some insight into his strategies:

“It’s our responsibility to ensure that vandalism, injuries and excessive alcohol consumption are no longer associated with the Fan Zone concept. Our primary concern: higher standards.

We’re completely dedicated and will not shy away from putting our foot down. The most important measure is to ban hard spirits. The upper limit for alcohol content is around 12-14%. Beer and wine are an integral part of the downtown party scene, as is good food. Seeing as “lining the stomach“ is the No. 1 rule when partying, we have expanded the traditional selection of street foods, such as sausages and “Läberkäse” sandwiches, to include other delicacies. We adapted the food truck concept and it’s proven to be very popular.

Stages with live acts, a sound system comprising a total of 23 speakers, DJs and video walls round off the ski afficionado’s experience. Fan-Reporters will hunt down their favourite stars and the prize giving ceremonies will be broadcast live. So far, we have succeeded in transforming ourselves into a sophisticated fan mile, offering visitors to the Hahnenkamm Races a fantastic and, equally important, safe World Cup experience.”

The Fan Zone in the historic town centre: A yearly highlight

18.01.2018 20:30
The inimitable World Cup atmosphere spreads throughout the centre of Kitzbühel Old Town in customary style, where visitors can look forward to a varied entertainment programme with DJs, fan miles,...