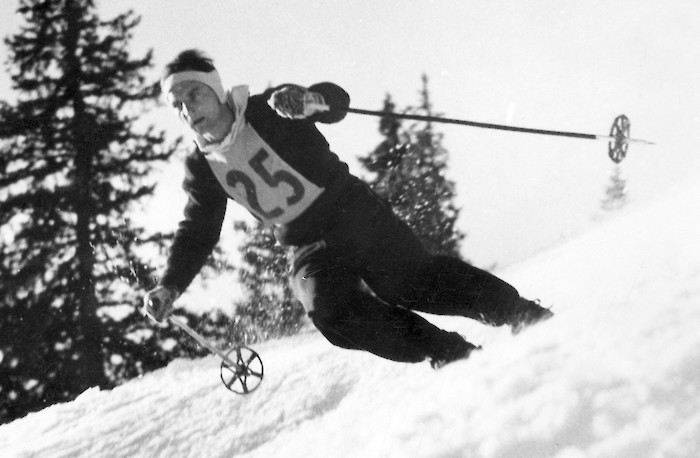 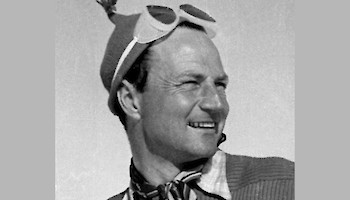 He was an idealist, a pioneer, a visionary and above all: a huge ski fan.

Koller achieved countless milestones in Kitzbühel and was the first Hahnenkamm champion to win gold after the war. He himself says that he remembers the race as if it were yesterday:

“Even back then the Downhill was a huge event, the difference being that the piste wasn’t prepared and there were no safety precautions installed along the course.”

The Downhill itself was also a little different than nowadays: There were no gates between start and finish, so every racer could choose their own race line.

In 1947, Koller passed his ski instructor examination and was a great pioneer for Kitzbühel’s ski schools: In 1950, he created a new form of ski school and also insisted that all ski instructors wear a uniform (red jumper, black trousers), which earned them the nickname “Red Devil”. He also introduced ski schools to children: teaching children using playful methods at the very first children’s ski school.

4 years later, Koller founded his own children’s ski school “Kollerland” and wrote several books, including the memoir, “Kitzbühel zu meiner Zeit” (“Kitzbühel back in my day”).

Skiing techniques such as the short ski and countless other patents, as well as Kitzbühel’s New Year’s firework display are all thanks to Koller’s initiative.

Koller is also the proud bearer of five honorary awards, including one from Kitzbühel Ski Club, as well as the golden Hahnenkamm medal of honour.