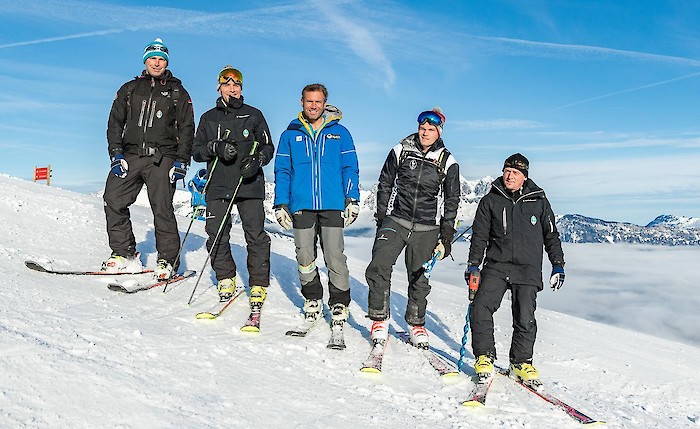 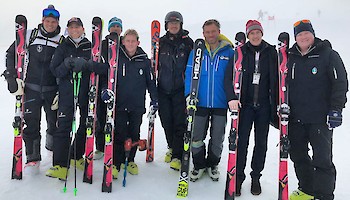 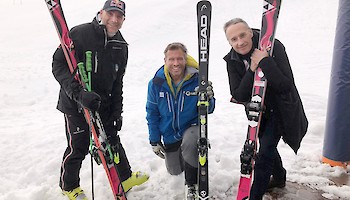 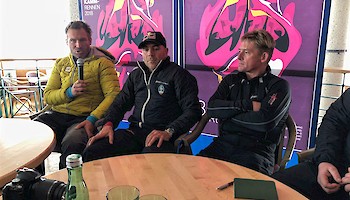 They travelled up the mountain early to carry out the inspection, which took two and a half hours. Trinkl checked the snow coverage, with a particular focus on key sections of the racecourse. The FIS Race Director was also able to gain first impressions of progress made in mounting the safety installations.

“I have to congratulate the Hahnenkamm Team, everything has been prepared to the very highest standards and I can give the go-ahead for the 78th Hahnenkamm Races”, said Trinkl. Chief of Race, Axel Naglich, thanked the working teams for all that has been accomplished to date: "The team from the Bergbahn AG Cable Car Co. has provided perfect support, everything dovetails together and  I would like to thank not only the HKR Organizing Committee, but express my deepest gratitude to the Team from the Cable Car Co.!"

Streif Piste Chief, Herbert Hauser: “The men have done a great job and operations will be in full swing on the Streif as from Monday”.

“We don’t have a particularly long course to prepare, but a tricky one. The Ganslern is not only the most historic slalom course, it is also the most challenging hill in the world and we would like to offer the athletes a perfect racecourse, "said Ganslern Piste Chief, Stefan Lindner.

“We can look forward to some thrilling races”, were the closing words from Organizing Committee Chairman, Michael Huber.

Organizers of the Hahnenkamm Races, Kitzbühel Ski Club, look forward to the impending arrival of the athletes, ski family and fans.

15.01.2018 12:05
Last summer the Streif was officially re-approved, a regular process for racecourse inspections. Despite the highest of technical standards being required on the Streif, “everything went according...