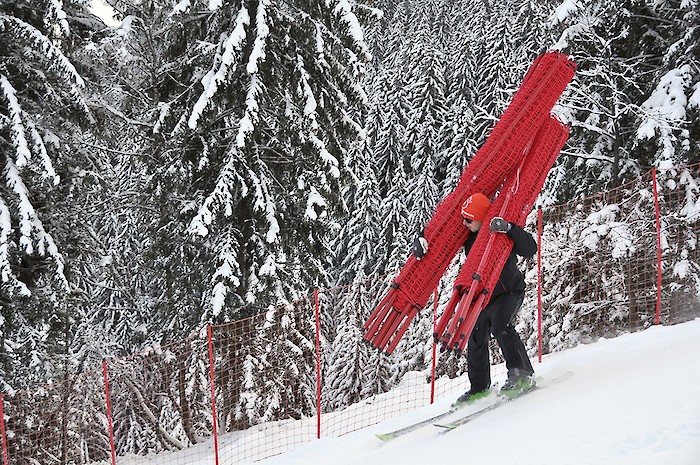 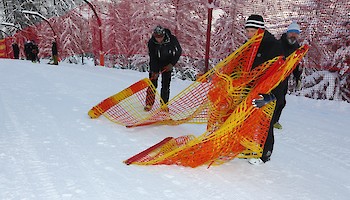 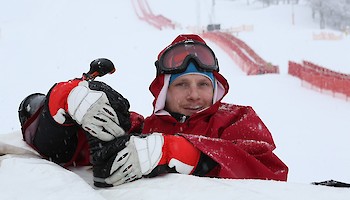 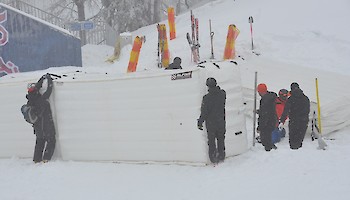 The Piste Safety Team started work yesterday, with a crew consisting of almost 30 members. “We start at the top, and work down to the bottom”, says team leader, Thomas Voithofer.

The Mountain Team led by Gerhard Raffler completed a great deal of preparatory work in autumn. Now, 13,000 meters of spectator fences, 11,000 meters of B-nets, tarpaulins and fencing have to be installed. "Around 18,000 PVC rods will be affixed in the ground over the coming days," reports Voithofer. The 120 pieces of Airfence, also used in motorsport, are particularly onerous to install, due to their weight and length of between five and eight metres. 180 impact protection mattresses will also be mounted. “Arduous work on the mountain, as not all positions are accessible via snow-mobile, workers have to transport much of the material to their installation site on skis!”  The team does not allow bad weather to get in the way of them completing their duties, “We have to stick to the timetable”.

This team is also responsible for safeguarding all structures outside the racetrack, such as the TV and trainer towers, A-net masts and other fixtures on the race perimeter. Coordination is particularly important for them, especially in the finish area with the stadium.  Mandi Goller: “In this respect, we engage in constant dialogue to ensure operations run smoothly, everything has to go hand in hand”.  Consultations with the Piste Team are essential, as with Herbert Hauser, Chief of Piste on the Streif, or with Stefan Lindner, Ganslern Chief of Piste.  “There are many components that mesh together, like cogs in a wheel”, says Tom Voithofer, who assumed his new position this year. "I took over from Sepp Wurzenrainer and aim, of course, to develop my role as well as my predecessor did."

14.01.2018 17:03
The first piste inspection was carried out today, Sunday, 14th January 2018, by FIS Race Director Hannes Trinkl in preparation for the 78th Hahnenkamm Races. He also used the time to discuss course...