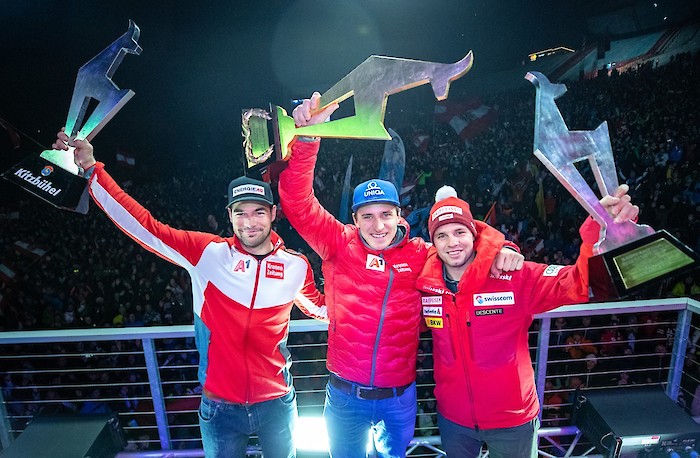 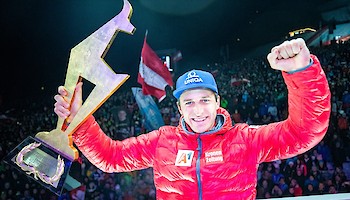 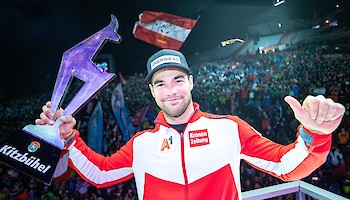 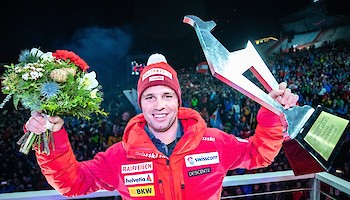 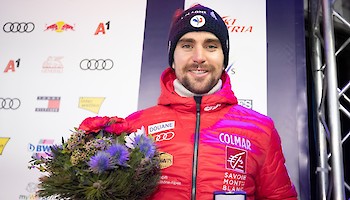 Athletes were able to count on the support of the 50,000 fans who travelled to the 80th Hahnenkamm Races not only during the Downhill Race. They also created an incredible atmosphere at the evening award ceremony. After winning silver in yesterday’s Super-G, Austrian Matthias Mayer was able to celebrate Downhill victory in Kitzbühel for the very first time. After delivering a nigh-on flawless run, he pipped compatriot Vincent Kriechmayr and Swiss Beat Feuz to the post. The 80th anniversary of the Hahnenkamm Races experienced a tie finish for second place all over again.

The start numbers for tomorrow’s Slalom on the Ganslernhang Slope were also drawn in front of thousands of fans. Swedish veteran Andre Myhrer will open the race, followed by Switzerland‘s Daniel Yule and last year’s French winner, Clement Noel, with start numbers two and three respectively. The overall World Cup favourites, Kristoffersen (NOR) and Pinturault (FRA) have start numbers five and six, while our top athletes will join the race with the following numbers: Marco Schwarz (7), Michael Matt (9) and Manuel Feller (10).

We look forward to celebrating the final discipline of the 80th Hahnenkamm Races with your unwavering support!