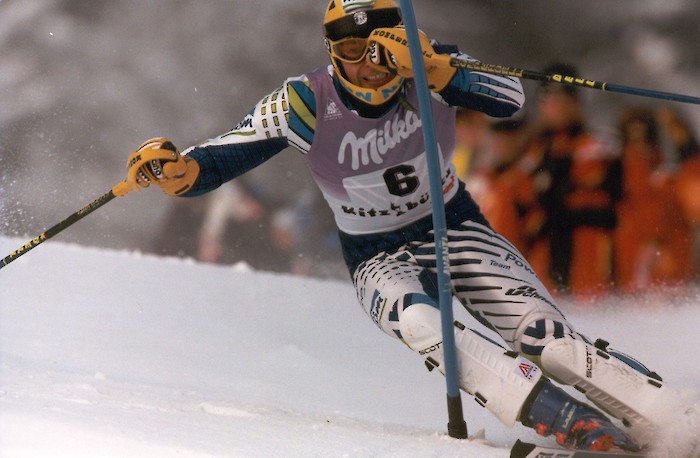 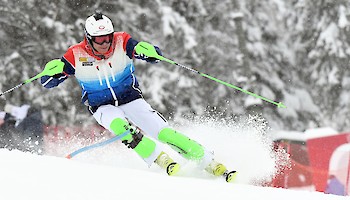 When the Ganslernhang Slalom kicks off this year, Sykora’s voice will once again be heard throughout Austrian homes. As the ORF’s (Austrian Broadcasting Authorities) commentator, he’s part of the ski broadcasting network. The now 49-year-old commentator from lower Austria was also, however, a successful ski racer, triumphing on the Ganslernhang twice: in 1996 and 1998 he raced straight to victory, receiving the golden “Gams” trophy. Those would be the first and last victories of his racing career, both of which he celebrated in Kitzbühel.

“The Ganslern was always one of my favourite race courses. At the start you think to yourself ‘It’s not even that steep.’ The sneaky thing about Kitz is that the two runs are completely different”

...Sykora explains, reminiscing about Kitzbühel’s Slalom course. This slalom specialist was amongst the top 10 World Cup class skiers 35 times in total, 21 of which he was under the top 3. All in all, Sykora achieved 9 World Cup victories in his skiing career, as well as a bronze medal in the 1998 winter Olympics Slalom in Nagano. His success was not limited to single events, however, which is proven by his collection of crystal globes: the lower Austrian athlete triumphed twice in the Slalom World Cup, accepting the little crystal globe in 1997 and 1998. Unfortunately, he was forced to abandon his ski racing career in 2002 after several knee injuries. As mentioned above, Sykora now works for the Austrian Broadcasting Authorities as a ski racing expert, co-commentator and POV camera skier. Furthermore, he became a certified mental coach and completed his university studies. Today, Thomas Sykora also manages various branches of a restaurant chain.